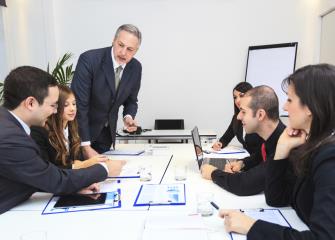 So you’re an entrepreneur. You think of an idea for a business, and want to make it successful; you know that to be successful takes dedication and the ability to adapt. What many entrepreneurs don’t realize is that there are different types of business, all requiring different levels of commitment to thrive.

While (true) startups aim for market dominance as fast as possible, smaller businesses typically need less growth because they already have existing clientele. The first type of business should always be focused on dominating their market through innovative new products/services or superior quality over competitors in order to grow quickly — if your startup isn’t growing quickly enough, how will it ever become dominant? However, any size company may find being pushed into this position if they aren’t already at the top.

Staying power is generally required to succeed in business; it takes both effort and know-how to make a company thrive, but it could also eat away your life (and your wallet) if you don’t mind it. One way or another, taken too far, staying power can lead to burnout. It’s important to find the right balance between working hard enough to get ahead of competitors, while still having time for friends, family, and relaxation; this balance will allow you both to stay productive and happy.

As an entrepreneur entering into business with strong ambitions of market dominance or simply aiming for any size company that requires some degree of growth, you should be prepared for long hours and restricted social lives during the early stages of your business. You might also find it difficult to keep your focus on one specific task — you may be forced to take on many different roles in order to get things done in the limited time available, in particular in startups where even non-stop effort is not enough; but regardless of what level of growth you aim for or how large your company already is, it’s important that your personal life doesn’t suffer too much along the way.

So how do you achieve the perfect balance? How can you both grow quickly and stay healthy? It all comes down to effectively managing yourself; if this feels like an overwhelming idea, don’t worry! The following steps will help guide you through your journey of professional success while keeping a healthy balance between work and personal life.

Step 1) Know your worth.

We’ve all started off with an idea in our head that we’re willing to put our blood, sweat, and tears into; nobody really knows what they’re getting themselves into when they start a business though, so it’s essential that you know what value you bring to the table before you invest too much time or money into anything. If you don’t recognize your own value, both personally and professionally, how will anybody else? Having confidence in yourself is vital for achieving any kind of success — without it, success usually fails to happen at all. So many people never reach their potential because they lack self-belief, but successful entrepreneurs know their strengths/weaknesses inside out and know that their value is high enough to keep growing.

A way of showing just how much you believe in yourself and your business idea is by taking the first step towards building a startup — creating a company with staying power. Taking this first step will show others not only that you have confidence in yourself, but also that your idea really has potential; it’s a sign of dedication that demonstrates what might be possible if you stick at it long enough. You can always improve on your idea or pivot, but for now, the most important thing is to listen to feedback from customers and learn from mistakes/failures while refining your original concept before making any drastic changes.

After deciding on the idea you want to pursue, the next step is to refine your strengths while eliminating any weaknesses. The strength of your company will depend on your ability to focus on what you’re good at — being a jack of all trades can be beneficial for many entrepreneurs because it means they have a wide range of skills that they can implement into their business idea, but even if you are the master of everything it would be better not to try and make things more complicated by overloading yourself with too much work.

There are plenty of other people out there who are far better than us in one area or another; instead of trying to compete with them where we don’t stand a chance, you should take advantage of this knowledge by outsourcing tasks that require someone with different skillsets.

Remember that an entrepreneur who tries to do everything themselves often becomes overwhelmed by the amount of detail they need to take in; it’s far better if you can get someone else involved whose strengths lie in this area, freeing you up to concentrate on the areas where your business will benefit most from your characteristics.

Before starting any kind of new business venture, you should always create a written plan which details how things are going to happen; not only does this set out all of your aims & goals for the future but it also identifies any potential issues that may arise before they catch you off guard and cause serious problems later down the line. Even though putting together a solid business plan takes time, it’s one of the most important steps you will ever take; without an effective business plan, poor management can lead to small issues escalating into much bigger problems, resulting in the failure of your startup.

Every good business starts with an awesome business plan — so start yours now!

Step 4) Don’t be too emotionally involved.

The majority of modern businesses are run via computer systems — websites & apps generally require much less effort than traditional brick and mortar stores, which is why so many digital startups have succeeded despite their lack of experience or capital. It might surprise you to learn that Facebook only had around 1 million users after it first launched, but instead of allowing negative feedback to overwhelm them Mark Zuckerberg and his team continued expanding the platform until it reached its current size.

Evaluate your strengths/weaknesses, refine them, create a detailed plan before taking action, and don’t be emotionally involved — these are the steps towards building a startup with staying power.

So you’re an entrepreneur. You think of an idea for a business, and want to make it successful; you know that to be successful takes dedication and the ability to adapt. What many entrepreneurs don’t realize is that there are different types of business, all requiring different levels of commitment to thrive. While (true) startups…

Next Post
The ABCs To Successful With Affiliate Marketing
April 6, 2022

No comments to show.